Southwestern Pennsylvania Water Authority has grown to be one of the larger Authorities in Pennsylvania. The Authority has a current customer base of 14,500 accounts serving a population of approximately 50,000 and maintains a pipe network of 550 miles of pipeline. The Authority's water system geographically now extends from a point west of Route 40 in Fayette County to Wind Ridge in Western Greene County. The Authority's water  treatment plant, located in Cumberland Township on the Monongahela River, in the center of the comprehensive service territory, serves the entire system. 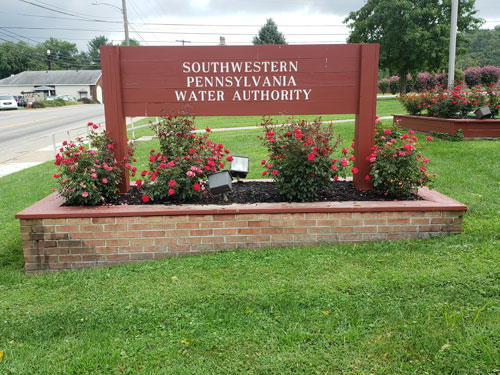 The average American uses 140-170 gallons of water per day.